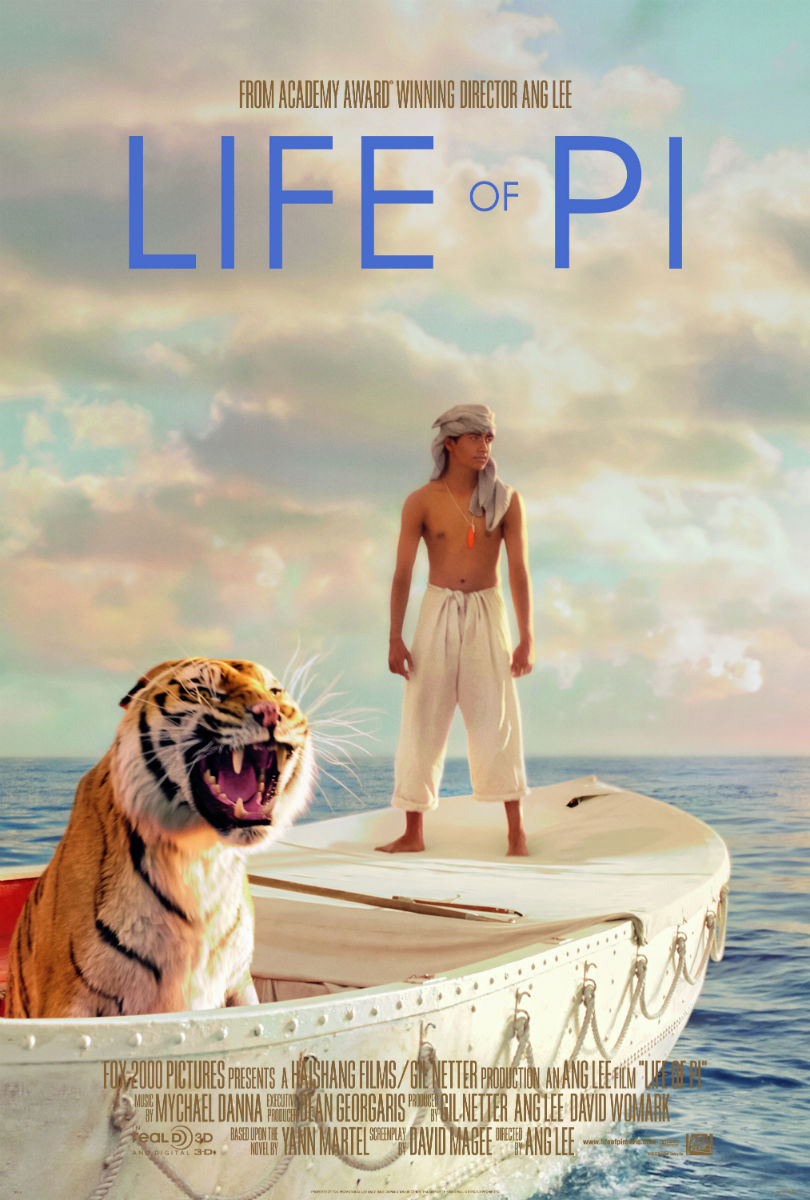 Driving home after seeing Life of Pi was filled with an inner debate over the movie's story. Not wanting to give too much away, it leaves any one who sees it with a perception driven question. The answer that that person chooses is definitive of their personality, and how they percieve life.

Life of Pi is one of the year's best. Ang Lee has delivered an absolutely breathtaking and beautiful film that is more than a fantastical journey. It's a study of life. It's also a study between the relationships between humans and animals. Pi Patel (played by Suraj Sharma) survives a shipwreck and finds himself in a lifeboat with an unexpected survivor... a fierce Bengal tiger named Richard Parker. The relationship and bond that forms between the two as they drift across the pacific is the heart and soul of the movie. It's a relationship that works magnificently.

The movie's imagery is like art in motion. There are images that will last forever in history... and all are in stereoscopic 3D. The 3D stereographer (Brian Gardner; whom I had the pleasure of meeting while living in Los Angeles) was also the stereoscopic consultant on Coraline, another brilliant 3D movie. His sterography is beyond stunning... it's a measure of brilliance. Ang Lee was right to choose him as his stereographer because the depth in this movie was so perfect to the story. When Pi needs to be on his own little raft away from the lifeboat, and the tiger, the distance can be felt. The vast emptyness of the ocean... the massive waves of a sea storm... the world is alive...

Lincoln is the Best Picture of the year. It's brilliance is very clear because of the performances, the direction, the cinematography, and the sound design. Daniel Day-Lewis nails his performance as Abraham Lincoln, and Sally Fields is magnificent as Molly Todd Lincoln. Both with will win Oscars and other accolades for their performances. Steven Spielberg spent years researching the subject matter for this movie and it shows in his direction.

The star-studded cast that Spielberg hired for this movie are all perfectly cast. There isn't a single performance that didn't meet the high esteem of the historical figure they portrayed. David Strathairn played opposite Daniel Day-Lewis as his Secretary of State William Seward in such an engaging performance that there was never a dull moment between them. Tommy Lee Jones as Thaddeus Stevens will get several Best Supporting Actor nominations during the awards season, and he deserves it. It's tough to say whether he'll win, but he has one of the most electrifying portrayals in the film. And he gets plenty of great lines that he's able to exchange with Lee Pace (playing Fernando Wood) and his fellow Democrats who oppose the 13th Amendment. It makes me wish our elected officials could still come up with such witty insults. The rest of the cast all do wonderful justice as stated before, and deserve mention: Joseph ...

My Grievances with Flash

This will be short as it mainly will pertain to my grievances towards the not too great video players that exist on the web. Mainly this is about Flash, which is an archaic and terrible video player. I have had nothing but issues with it, but it is used by too many people. And the problem I have is it is the glitchiest and crappiest player of them all. My money is on HTML5 as the future of web video.

The biggest issue with its widespread use is that it allows commercials to be put in between breaks in video, and HTML5 hasn't yet allowed this. However, it will and at that point it will be unbeatable. Flash has issues cutting to commercial breaks early, causing an event in JS so that the page cuts to a different video, skipping over sections of the video, it doesn't work on certain mobile devices, and many more issues. I absolutely hate flash and can't wait for the day when it is gone.

The day is near, but having to suffer through Flash is clearly something I'm going to have to do for a bit longer. When it's gone I will spit and dance on its grave. For anyone interested I'm putting a contract on flash. If you can kill it please contact me. 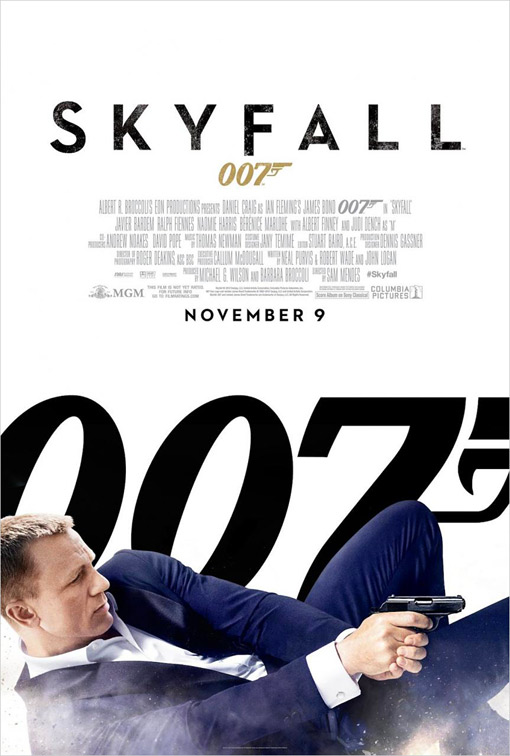 What an experience the latest James Bond venture is. First let me preface with my love for the older adventures of 007 and the fact that I used to say Sean Connery was the ultimate, and best, Bond. Skyfall, directed by Sam Mendes, hands down changes that.

It all started with Casino Royale in 2006 and culminates in this film. There was a realism that Daniel Craig brought to the character, where we could feel his pain and he was physically built in a way that proved he could handle himself. That is essential to how Craig continued to play his Bond into this film. In what could be his best performance as Bond to date he manages to set the bar high for the past and possible future Bond actors.

This film is both about endings and beginnings. The story focuses on the end of the MI6 established in the previous two films and begins the path towards the older film series; except keeping much of the realism that those two films established. It works far better than one could hope. The story is gripping and enthralling the whole way through. From the first frame to the last frame the audience was hooked. We laughed… we cried… we were on the edges of our seat. The story covered all the bases of a classic espionage thriller, while at the same time containing the essence of an espionage action flick. What it did was tell a great story that allowed for wonderful performances.