The Hobbit: The Desolation of Smaug - Review 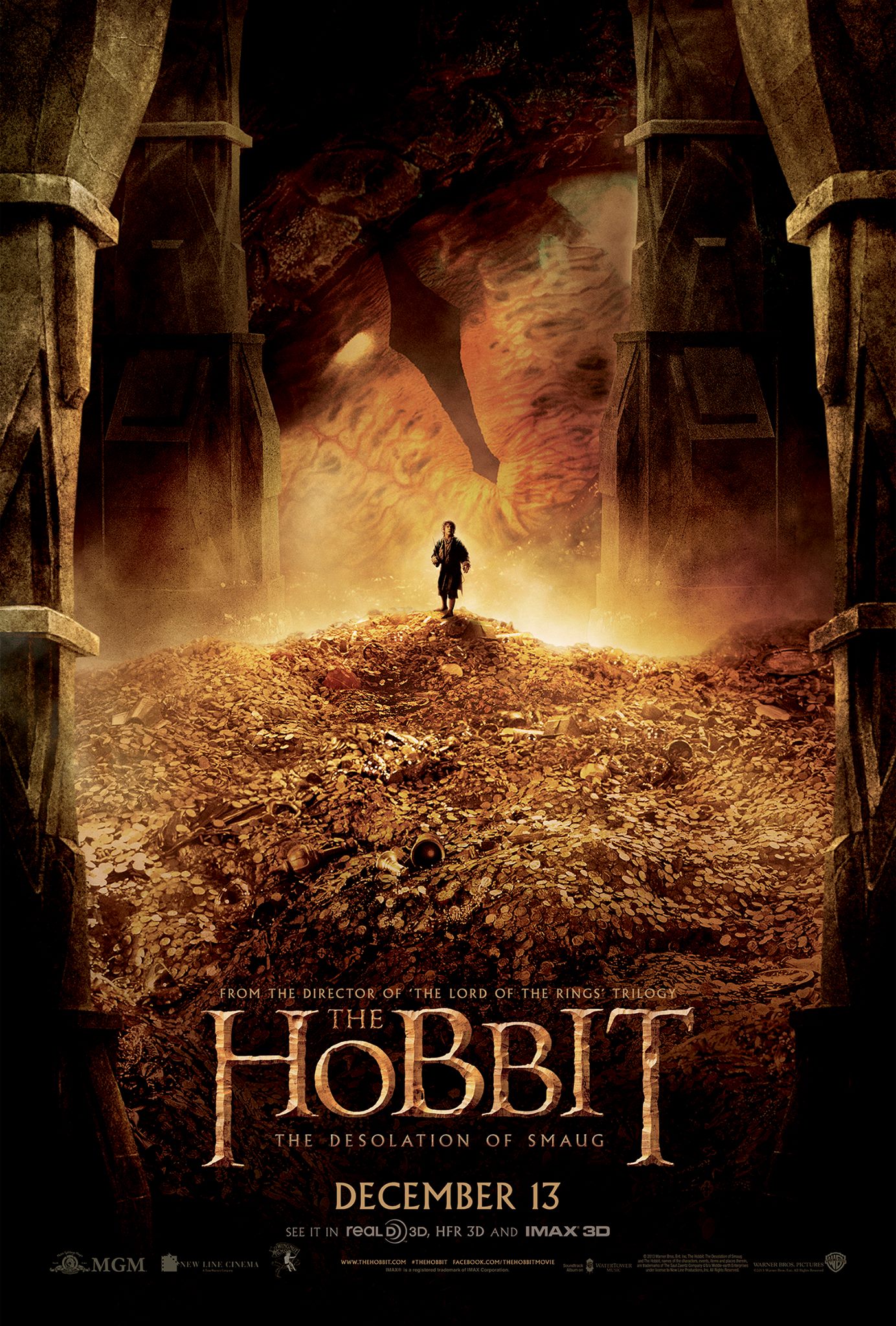 Tim here, and what follows is my review for The Hobbit: The Desolation of Smaug, which is the second part in the Peter Jackson movie trilogy adapted from the book by J.R.R. Tolkien. To sum up quickly my overall thoughts: The second movie is an improvement upon the first with an exciting and thrilling adventure that ends on a stupendous cliffhanger! Next year can't come soon enough.

The story is a much faster pace, which is an improvement over the slow beginning its predecessor. It opens with a prologue in the familiar Lord of the Rings local Bree, and a carrot chomping PJ cameo! It's set before the beginning of the adventure, when Gandalf (Ian McKellan) found Thorin (Richard Armitage) and incited the quest in his mind and that they'd need a burglar for the job. Cut to immediately after the events of the last one and the company of dwarves, with wizard and Hobbit, are still being pursued by orcs. This keeps them moving as they make a quick rest at the home of Beorn (Mikael Persbrandt), who single-handedly is able to scare the orcs from attacking, before they venture into Mirkwood. Here the company breaks up as Gandalf goes to explore more in regards to the Necromancer of Dol Guldur, and the company continues on their journey through the forest to the Lonely Mountain. Unlike the book we actually get to follow Gandalf simultaneously as the company travels along their dangerous road, complete with spiders, elves, the men of Laketown, and finally the chiefest of calamities: Smaug.

An exciting and thrilling middle chapter to The Hobbit trilogy!

Without going into any real spoilers, the story is handled very well, with the deviations not being too problematic. P.J. has been quoted in Empire as saying "I'm quite enjoying deviating from the books!" Well, here in The Desolation of Smaug he makes the boldest deviations yet. Do they work? I'll hold off my final thoughts until I see the final movie There and Back Again to judge how well the deviations work. However, initial thoughts are that some work for me and some don't. There's a great moment when Bilbo (Martin Freeman) puts on the Ring to evade the spiders and can understand what they're saying, which displays some of the way in which the Ring's magic effects him. Additionally during that sequence there's a moment where Bilbo loses the Ring and desperately, and fanatically, fights off a smaller insect creature that is crawling near the Ring. "Mine!" and the power of the Ring's pull on Bilbo is displayed so wonderfully well. That was a clever and nice deviation. Then there's the budding romance between new elf warrior Tauriel (Evangeline Lilly) and dwarf Kili (Aidan Turner) that's a new deviation that I will hold judgment on until it plays its course in the final chapter. There is one thing that happens here during this growing relationship that pays homage to Lord of the Rings, but I feel that it's not right here and belongs solely to The Fellowship of the Ring. You'll know it when you see it. The story has many great moments, including a Martin Freeman one after he gets the dwarves into the barrels and realizes he didn't get a barrel for himself. The barrel sequence is thrilling (with Bombur (Stephen Hunter) awesomeness), Laketown is impressive, and the Lonely Mountain is immense, and Smaug stupendous! 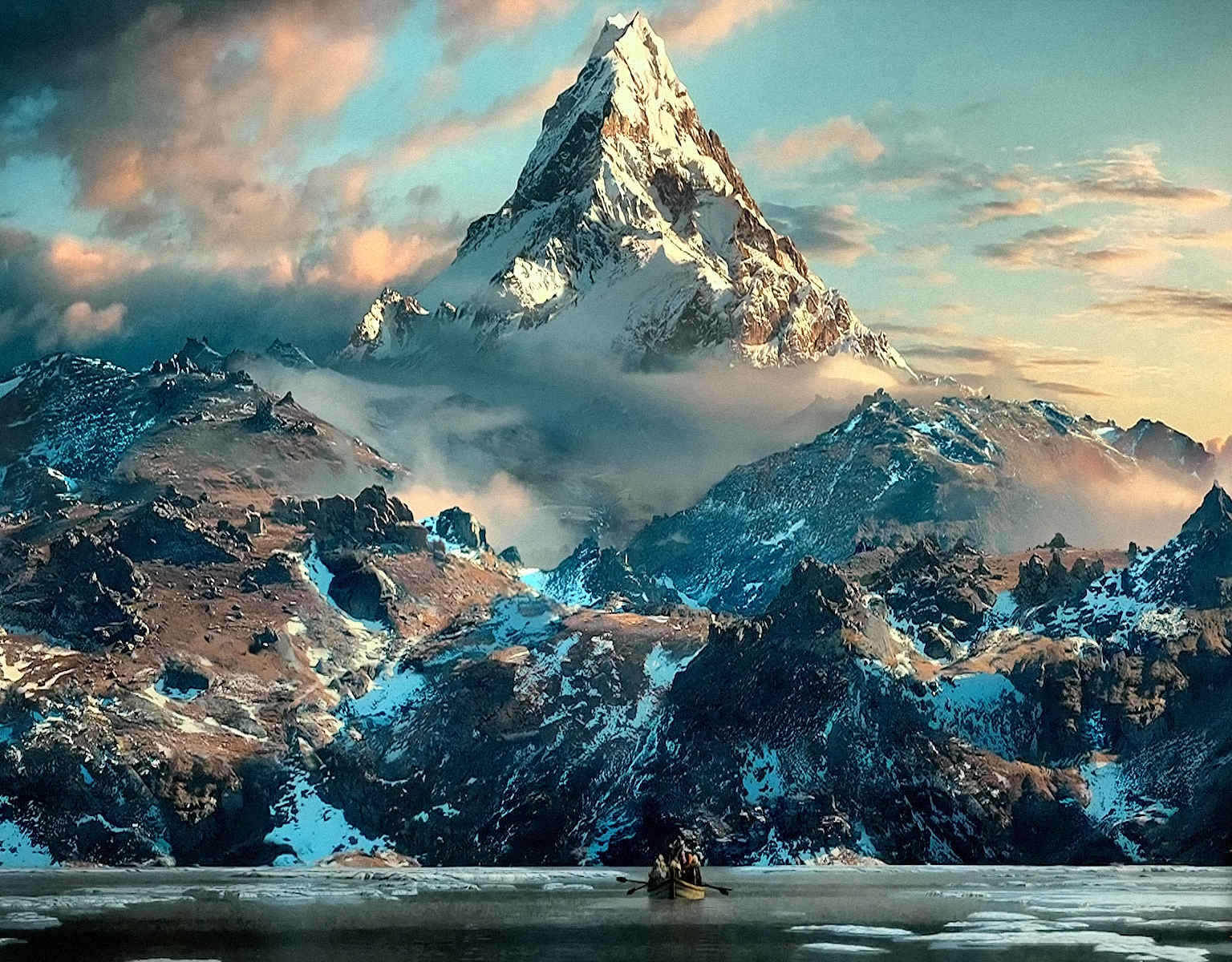 The performances in the film continue to be fantastic. Martin Freeman was the perfect casting for Bilbo as he brings such humor and humility to the role. Ian McKellan continues his magnificent work as a conjurer of more magic inside the role of Gandalf as there is on display onscreen from the magicians at WETA Digital. Richard Armitage displays the most range yet as he begins to let show Thorin's family treasure madness taking form, and Kenn Scott as Balin continues to council him and remind him of his duties as a leader. Ken Scott really makes it that when rewatching The Fellowship of the Ring a tear can't help but be shed upon seeing Balin's tomb. Evangeline Lilly was a wonderful addition to the cast in a newly made-up character, and she played her scenes very well. Especially against a hauntingly majestic Thranduil (Lee Pace) and Legolas. Orlando Bloom returns to the role as if riding an oliphant, and has a wonderful moment when searching the dwarves' possessions upon their capture and comes upon a photo of young Gimli amongst Gloin's things. He and Gloin (Peter Hambleton) share a great moment that will make many fans laugh. Sylvestor McCoy makes an additional appearance as Radagast and it's a wonderful treat yet again. Too bad is screen time was so short. Hopefully there will be more of him in the third installment. Luke Evans did a fantastic job as Bard, and as well his ancestor Girion in a flashback, and added much more depth to the character than was in the source material. Stephen Fry was absolutely sublime casting for the Master of Laketown. Finally we come to Benedict Cumberbatch who played both the Necromancer and the titular Smaug. What a performance! Benedict Cumberbatch brought Smaug to life in such a way that was awe inspiring, magnificent, and a real treasure. He didn't just provide his voice, but instead gave a performance capture that lit up the screen.

Andrew Lesnie continued his breathtaking cinematography in this installment, and the stereo 3D and high frame rate maintained to bring the world to life in a way that makes me wish more movies were shot this way. Since a huge amount of this movie is digital visual effects it's important to bring up the fantastic work of WETA Digital, and their work greatly benefitted from the stereo 3D and HFR. Smaug in particular was amazing to see in the format. Some of my favorite moments from the film regarding the stereo 3D are the snow falling during a pivotal scene in Laketown, the great expansive and empty halls of the Lonely Mountain, and the massive scale of Smaug. However, what's all this without the sound design? Dolby Atmos preserves the 3D atmosphere in the sound, and there was so much in the sound design that the world felt entirely real. I can't imagine how many coins they had to rustle with to get all those different variations. Howard Shore provided a rich score that introduced many new themes. In particular Smaug's theme was one that sticks with you for a long time after the screen had cut to black. On a technical level this is a masterpiece.

Peter Jackson did a fantastic job directing this movie, but special mention also has to go to Andy Serkis as the Second Unit Director. Together they brought the world of Middle-Earth to life with all the rest of their team with so much verisimilitude to Tolkien's descriptions. I'm extremely excited to see the next installment, and as stated earlier December 2014 can't come soon enough.