The Hobbit: An Unexpected Journey - Review 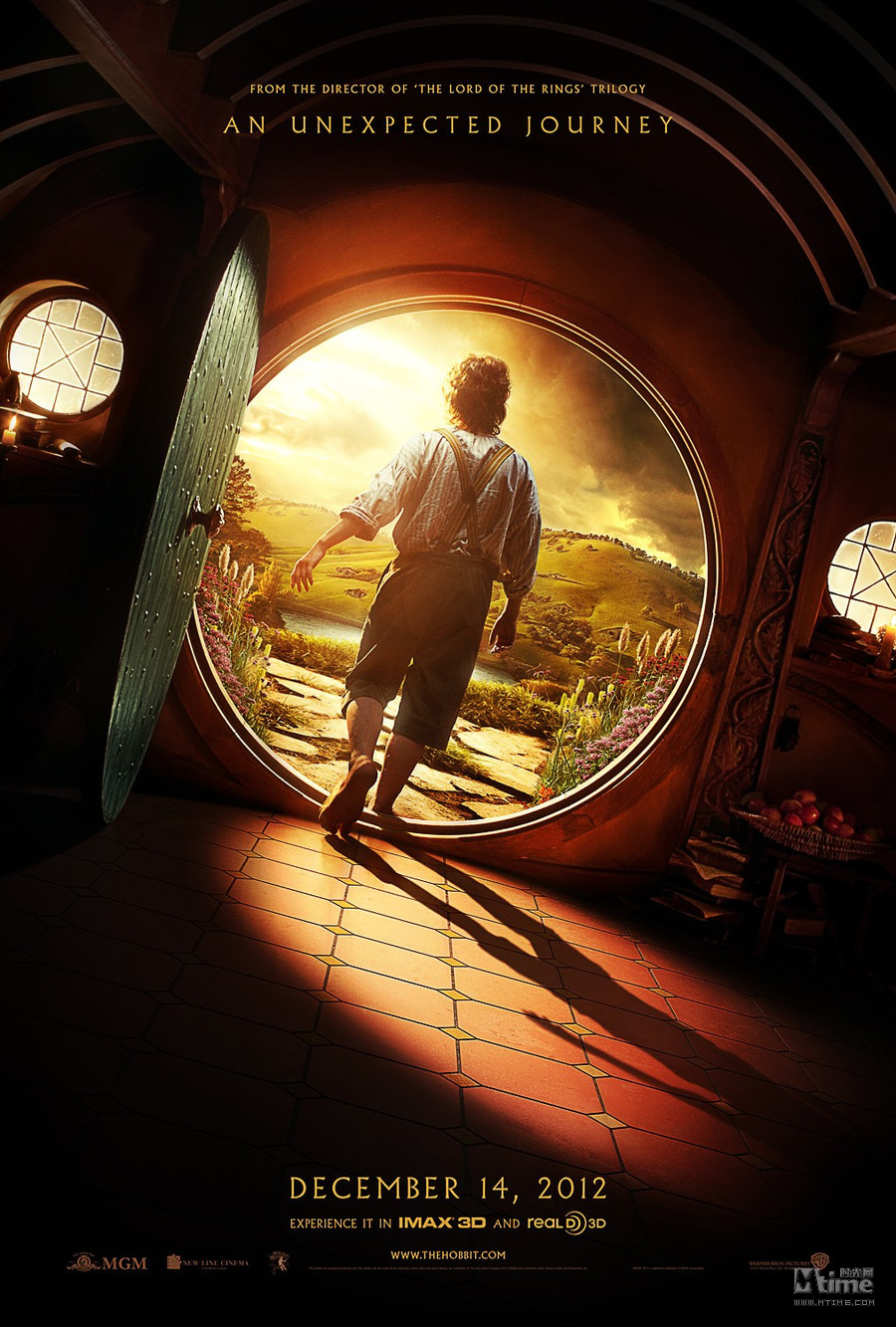 No matter what The Hobbit: An Unexpected Journey is bound to be a huge box office success. Fans of J.R.R. Tolkien's works and Peter Jackson's Lord of the Rings (LOTR) movies will flock to the theaters to revisit the land of Middle Earth. I'm a huge fan of Tolkien, and love what Jackson and team did when interpreting the books to screen. However, there's still a lot missing from the extensive novels in the three LOTR films. How does Jackson and team justify three Hobbit films? And, how does the new technology used in the films work in bringing Tolkien's fantasy opus to life?

Let's tackle the story, and then performances, first before looking at the tech. Jackson has stated that they don't make short films, and that's true as this film barely gets the main character, Bilbo Baggins (Martin Freeman), half-way to his destination: The Lonely Mountain. Now that was somewhat problematic because the beginning was so long, and slow, that it tip-toed on being boring. It's great how all the dialogue that Tolkien wrote was in there word for word, but as a film it wasn't necessary. Also the framing sequence at the beginning with old Bilbo (Ian Holm) and Frodo (Elijah Wood) played out a bit too long before getting to the "60 Years Earlier" part. Also, I may note, that Ian Holm looked a little too thin compared to his fuller self from ten years ago, and almost looked sick. Plus his hair didn't seem to match.

In a later part of this review I'll tackle more issues I had with the story, but as there are spoilers I will hold till the end and give a fair warning. Otherwise, the story was still solid and was great to see on screen. There are many great sequences, and my personal favorite is the Riddles in the Dark sequence between Bilbo and Gollum, played spectacularly by Andy Serkis. This sequence came right out of the book, and it was wonderful how well it played out on screen. It was never boring, and the audience is on the edge of their seat hanging on every word hoping Bilbo will win the game. More on story later... 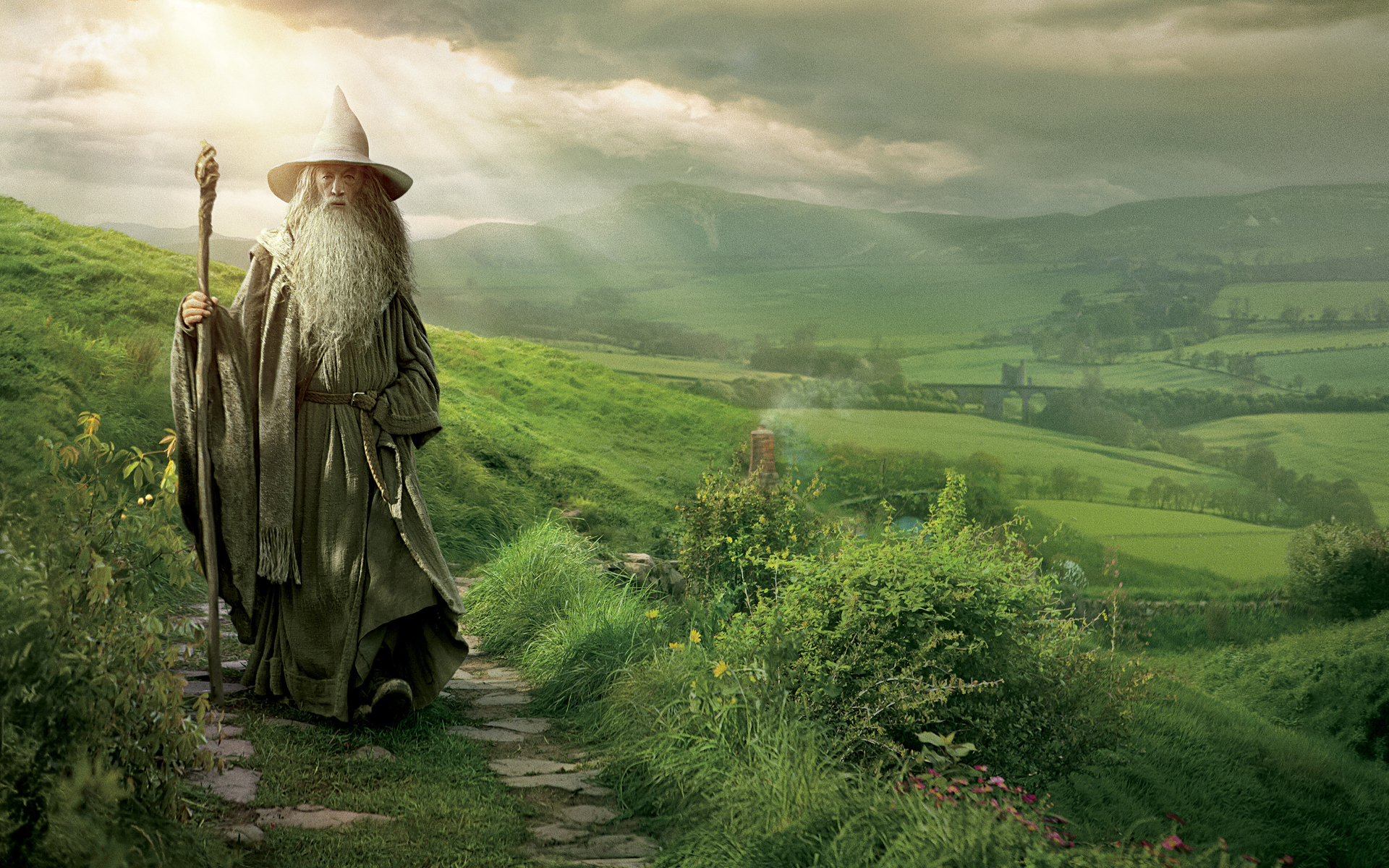 The film was full of great performances, and Martin was perfectly cast as Bilbo. Ian McKellan's return as a more fun Gandalf the Grey was a pleasure to watch. Newcomer Richard Armitage was fantastic as the head dwarf Thorin Oakenshield. He handled the role with nobility and vigor and made me remember why I loved the character when I first read the book. Also another favorite dwarf from the book was Balin (Kenn Scott) and he did an excellent job as well. Jackson and team nailed his strong relationship with Bilbo, and managed to make it that when we get to Balin's tomb in Fellowship of the Ring it's all that much more powerful to discover he's dead. The rest of the dwarves were played very well, although they didn't get to shine through as much in the first movie. Hopefully they'll get more individual attention in the second and third. Sylvestor McCoy was great as Radagast the Brown, but some of the choices that were made in the writing kind of plagued me. I'll get to that later. He was definitely a fine addition however, and I hope we get to watch more of him in the next installments. Also good return performances came from Hugo Weaving (Elrond), Cate Blanchett (Galadriel), and Christopher Lee (Saruman). Lastly, Andy Serkis better get nominated as Best Supporting Actor at the Oscars, or be given the first Oscar for Best Digital Performance and start the category because he was so good. His performance was the best in the whole movie. More when I talk about the spoiler filled story. 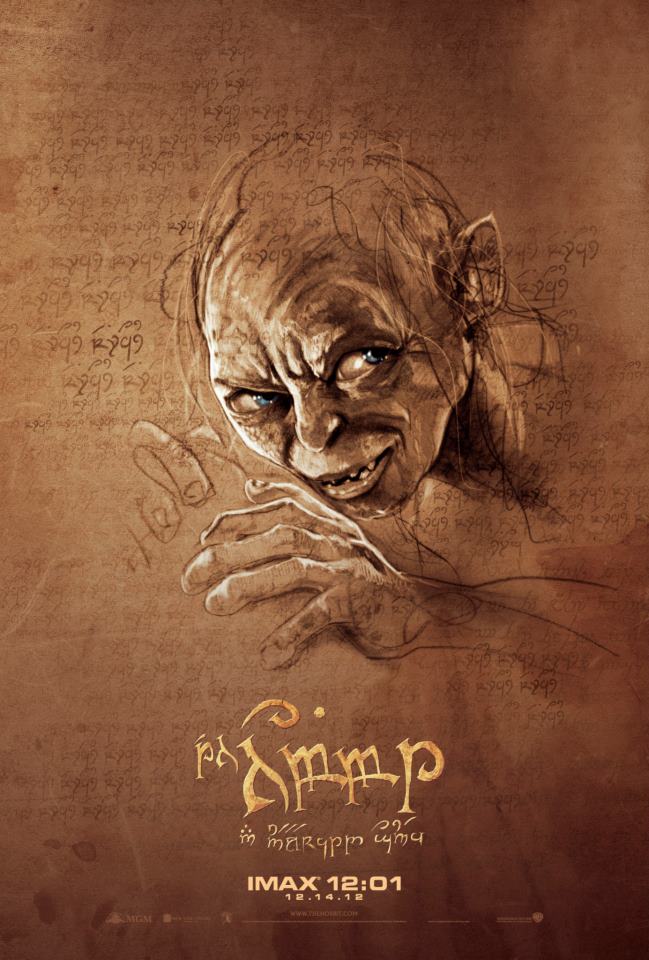 Top notch visual effects paired with great stereo cinematography at 48 frames per second (fps). I loved the high frame rate (HFR). Sure there were a few instances were I was a little irked by actor or camera movements, but the level of detail and smoothness of motion won me over. I want to see all my movies in HFR from now on, although I think I prefer 60 fps over 48 fps because it creates crisper images and smoother motion. Also, when I can get cameras caple of 60 fps as a standard I'll shoot at that frame rate. The 3D was extremely solid and I was wowed by many great stereo shots. I did notice some ghosting on a few shots that might have been shot with too wide of an interocular distance, but they weren't many and were only noticeable to a trained eye. Too many great shots to choose a favorite, but a few that stood out were in the beginning with the dwarves crossing the plains in mass and the camera sweeping over them away from the horizon, the aerial shots of the Company hiking, the trolls sequence, the high pass in the storm with the stone giants, and the march into Goblin town. All of these were enhancements to the visual effects that were sublime.

This movie will win Best Visual Effects during the awards season without any doubt. The Great Goblin (Barry Humphries) was so disgusting because he felt so real, and it was awesome. Gollum looked so much better than he did in the LOTR films, and the details that were able to come from Serkis's performance were great. The merging between the real elements captured in camera and the digital was seamless, and made it difficult to judge what was real and what was digital. Top honors go to the team at WETA Digital.

Sound design was spectacular along with the visuals. The sounds of Middle Earth were alive and rich due to the sound editing and mixing. In regards to Howard Shore's score, it was a great return to Middle Earth, but not the best score of the year. A lot of themes from LOTR came back, and I even noticed a few notes stolen from Hugo. I really like the dwarves theme and especially the Misty Mountains song. I'm very excited for these themes to develop over the next two movies, and especially can't wait to hear Smaug's theme in full stride. 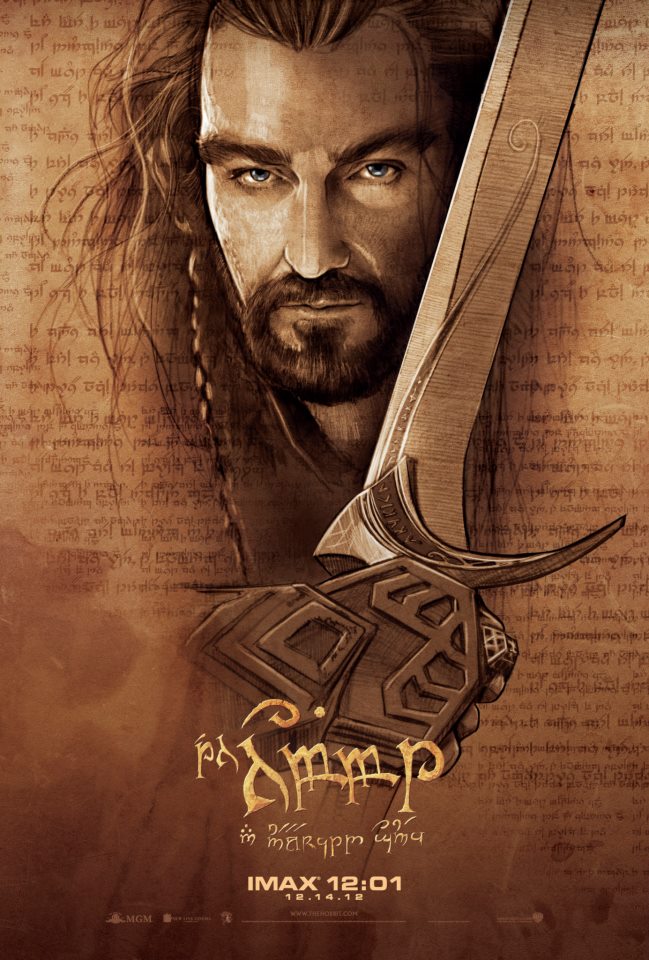 BACK TO STORY WITH SPOILERS! Don't read this paragraph if you want to keep the integrity of the story before viewing. You've been warned... Why the hell was Azog still alive? I understand why it was done to give more gravity and give the dwarves a reason to hurry to Rivendell, but I was greatly disturbed by this change. Although it definitely made that final sequence where Bilbo stands up to him to protect Thorin more powerful, and I liked that change, I still felt as though Tolkien was rolling over in his grave. Dain Ironfoot slew Azog at the Battle of Moria, and Thorin didn't cut off his arm and think he was defeated. That was my biggest pet peeve, but we'll see how it plays out in the next two installments. Some other changes that were good were Gandalf talking to Bilbo about the young adventerous lad he knew Bilbo to be as a kid, although it added to the lengthy aspect of the beginning, it was a good addition. Thorin's hate for elves because Thranduil (Lee Pace) didn't come to the Dwarves aid when Smaug attacked was a decent addition, and added needed drama between him and Gandalf about going to Rivendell. I found the change to Bilbo outwitting the trolls to be a pleasant change because it started giving him more courage and started earning him trust with the dwarves. Radagast's sequences were okay additions, but they caused the already long story to drag further. I didn't have issues with him discovering the Necromancer and the Morgol Blade to bring to Gandalf, or his heroic ploy to distract the Warg pursuers of the Company, but still felt they weren't necessary. Gandalf being left behind in Rivendell by the Dwarves who were itching to get on with their quest was a nice change, but brought about issues as to how he knew they were taken by the Great Goblin. But then again we can't question the motives or actions of wizards. Now, I loved with a passion the scene where Bilbo has Sting to Gollum's neck while invisible, and the pity he feels and hesitation to strike. These shots also had beautiful stereo, and brought tears to my eyes because of its beauty. It's also the most crucial scene in regards to the later trilogy.

Alright, that's it for spoilers. And that's it for the review. In summary it was a fun and great adventure, even if it started out a little too slow. I look forward to the next installments. Overall I give the movie a 4 out of 5 stars, or a B+, or 87% rating. The LOTR films all were in the 90+ percentile however, so this movie ranked just below them. It's a decent start to the new trilogy.